Mr. Laurie is a member of the California State Military Reserve and is a JAG (Judge Advocate General) office assigned to legal support command and holds the rank of Captain. Mr. Laurie has also served as a judge pro-tem, arbitrator and mediator for the Los Angeles Superior court.  He also serves as an arbitrator for the San Fernando Valley Bar Association in handling Attorney Fee Disputes.

Mr. Laurie is also involved in community activities and has served on the Board of Directors for the Beverly Hills YMCA, as Vice president of the West Valley Jewish Community Center, President of Temple Or Echad,  President of the local association of the California Basketball Officials Association, adviser to the Santa Monica YWCA as well as being involved with numerous other community organizations as a board member, adviser and attorney.  He is also a youth sports coach.  Mr. Laurie is a long-time Rotarian and past as well as current President of the Rotary Club of Tarzana-Encino.

UNITED STATE COURT OF APPEALS FOR THE ARMED FORCES

ASSOCIATIONS - PAST AND CURRENT

PAST BOARD MEMBER BEVERLY HILLS YMCA 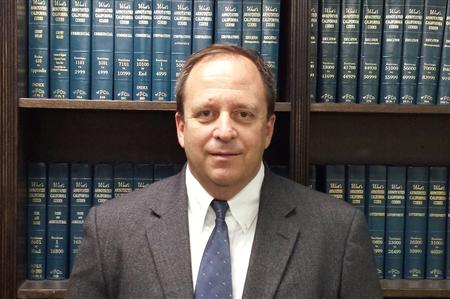 John Laurie received his undergraduate degree from the University of Southern California and his law degree from Pepperdine University.  He has been a practicing attorney since 1987.  Mr. Laurie has extensive trial experience.  He has handled civil cases ranging from simple collection matters to serious wrongful death cases.  In the criminal area he has handled matters ranging from traffic citations to serious felonies.  He believes in fair yet aggressive representation of his clients with the understanding that finesse is also sometimes needed.

TIP THE SCALES IN YOUR FAVOR